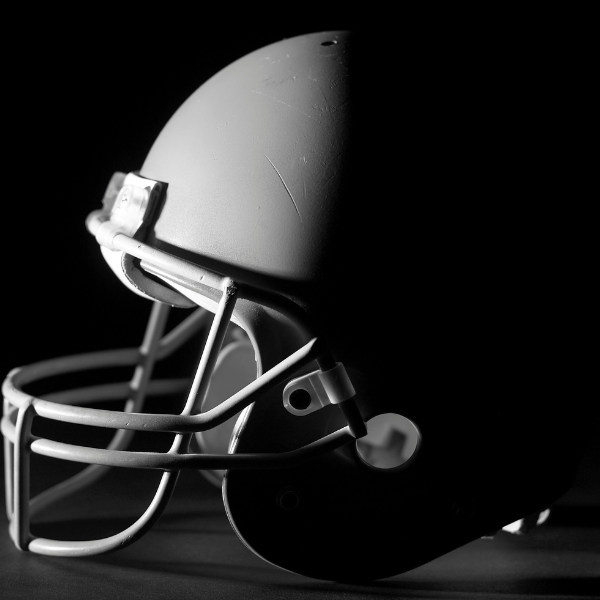 On July 30, 2022, Sports Illustrated author Mike McDaniel wrote an article about the NFL’s implementation of the use of Guardian Caps to be worn over regular helmets during the first two weeks of preseason practices.  A Guardian Cap, created by Guardian Innovations, is a soft cover that fits over a standard helmet.  According to McDaniel’s report and data published on Guardian’s website, the cap will reduce the force of a head-to-head collision by 10%.  Should two players be wearing the cap over their helmets, there is a reported 20% force reduction.  The intention of this device is to reduce the risk of concussions in the NFL, as they most often occur during practices.  At the time of writing this blog, I have not yet acquired the research data supporting the statistics presented by Guardian.  However, there are several thoughts regarding the use of this new device for concussion prevention.

First, it is outstanding that the NFL is trying to take proactive steps and measures to reduce the risk of brain injury and repetitive microtrauma to the brain from frequent hits during practices. Any step toward concussion awareness and management is a step in the right direction!  Hopefully, the NFL continues to be more proactive in developing strategies to reduce concussion and CTE risk.

There are several concerns that will need to be addressed, and perhaps time will do that.  First, no matter what you wrap the head in, nothing will hold the brain in place.  The brain will continue to “float” inside the skull and be at risk from concussive forces.  It takes 70-120G’s of force to cause a concussion.  If a collision happens and generates 120G’s of force and the protective layer reduces the impact by 10%, there is still 108G’s of generated force.  Therefore, a concussion is still possible.  Even if both players were wearing the device on their helmet, enough force would still be produced to result in a concussion.  Additionally, players may believe that head-to-head contact is now safe to perform, which is misleading.  Repetitive collisions with the head are linked to CTE, which may not be mitigated with the Guardian Cap.  The final concern is that these devices are only currently being required during two weeks of practices out of the entire football season, and only for players in specific positions.  Should the cap be an effective tool at reducing concussion risk, should they be used during all practices?

Again, the NFL is progressing in the right direction by taking steps to try to be proactive in lowering players’ risk of concussion.  More time, data, and tweaks to policies and procedures will be needed to see if this is a potential solution worth expanding throughout the organization and to other sports.

If you would like to reference the article read for this blog, please follow this link:  https://www.si.com/nfl/2022/07/30/guardian-cap-use-a-concern-for-watt-saleh-early-in-training-camp