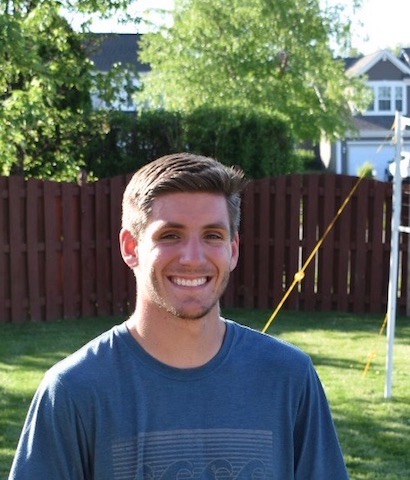 Throughout my running career, I have experienced my fair share of injuries and I always just thought of them as being bad luck or bad timing. Only after my third stress-related injury, did I really start to stop and think about why I was getting these injuries. It could not simply be bad luck at this point after countless injuries. So I decided to see what I could do to fix the bigger overarching issue. It was during my freshman year of college and I was coming off my first couple of healthy meets of my college career on the indoor track. On one particular weekend, I raced the 1200 meter leg of the Distance Medley Relay, which is a mile, 1200, 800, and 400, at Notre Dame on a Friday night, in which I ran decently fast, probably the fastest I had run in years speed wise. Then I went back to the hotel, slept till the next morning when we woke up and drove three ish hours to Olivet Nazarene University where I then raced the 3000 meter. I did really well, actually winning the race, but on the cooldown I felt a really sharp pain on the outside of my right knee. On the way home it only worsened by sitting on a bus for several hours. I got back to my room and just decided to sleep it off as I figured it would go away, but the next morning I woke up for the long run and it did not feel any better, so I took some Ibuprofen and decided to try and toughen it out hoping it would loosen up as we progressed. It did not. It only got worse until I go to the three mile mark of the trail and had to stop. I then proceeded to walk back to about the 2 and a quarter spot where I waited for about 30 minutes until I was picked up by the coaches in one of the vans we took to practice.

My initial diagnosis by the trainers was that my IT band was just tight and that it was because I was “running in too many circles on the track”. At first this made sense, because I was making plenty of left turns on the track but I still did not think that was the sle cause of what was going on. So, I went to the training room and did rehab for a couple of weeks and got my gate analyzed by a local PT down in Peoria. He told me that I needed to focus on my stride and shorten it in order to reduce impact on my legs. What he said made sense, but it just did not sink in. I continued running and doing as he told me but it never ended up getting better and then I decided to take time off, which lead to me actually gaining some weight, about 20 pounds. Besides that, I really only began to get better once I came in to see Denise.

Two of my cousins had come into her clinic and had excellent results, so my mom thought it would be a good idea to come in to see if I could be fixed. During my consultation I did still have slight pain in my leg, but I was able to jog and get a solid baseline video of my raw running form. Afterlooking at it for about two seconds it was evident that I was over-striding still which was contributing to the problems that were still lingering in my system. After figuring out what to fix, I was able to learn how to fix and even prevent future injury by just doing simple things. One of these thing would have to be by doing six drills, which were shown to me and i have seen shown to many people. I have seen them so many times that they are ingrained in my brain at this point. I still do them to this day when I begin to feel myself slipping from the good form I am attempting to maintain. By doing these drills before every run, and taking my time getting back up to speed, I was able to finally break free of the IT band issues I was having and they have been gone ever since. I continue to do these drills today because they are vital to keeping me healthy and my muscles functioning in the proper way.

Running analysis may seem complicated, but it can be simplified to several basic aspects that everybody can learn and understand quite easily, if you know what to look for. First, it always begins with the stride and where the foot is landing. The best possible scenario involves landing underneath the hip which is in line with the shoulder and ear. In my case, I was landing too far in front of my body which is known as overstriding. This caused my knee and ankle to lock out every time I was hitting the ground and leading to unnecessary, additional stress on my joints, bones and muscles. This may have been one of the reasons that I continued to get injury after injury in my past. Another issue that may have been contributing to my injury history was the movement of my hips while being on one of my legs. It was noticeable in the video from behind, that the opposite hip to the leg on the ground was actually dropping quite a bit. This could be fixed through strengthening exercises and other types of stretches, but this issue may have been causing my overall issue that was the IT band pain. By pulling my foot underneath me, and focusing on hip strength, I was able to slowly work out of the injury slump that I was in, and therefore I was able to finally compete again, even though I was behind everybody else fitness wise.