Why Is The Room Spinning? 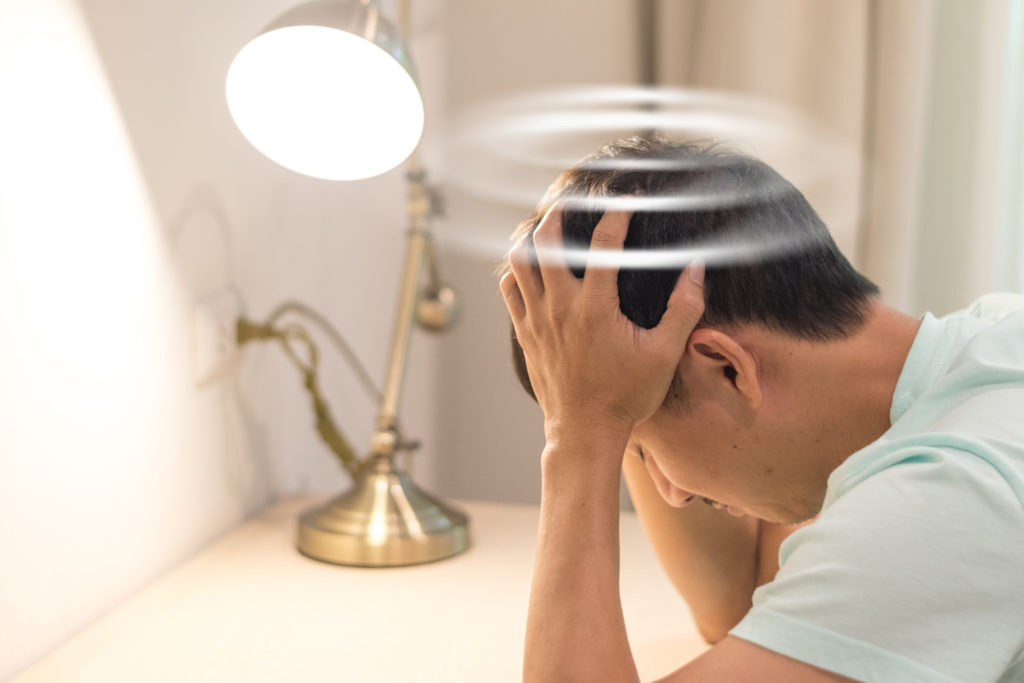 Imagine having a good night’s sleep. Your eyes pop open in the morning and you sit up in bed. That’s when everything goes wrong. You have an immediate sensation of the room spinning a million miles an hour around you – or is it you spinning around and around? You get scared and wonder what is happening to you. You know you have not had anything to drink. Could it be a stroke? You become nauseated and feel like you might vomit. Deciding that is a definite possibility, you stand up and make your way to the bathroom. It feels like the world is slanted and it is near impossible keeping your balance, but you make it into the bathroom by clinging onto the walls and your bedroom furniture. The good news is that the spinning sensation seems to be going away. The bad news is that you become sick. After what seems like hours, when in reality only a minute or two has passed, you start to feel like everything has calmed down. You decide that you can make it through your day. You feel fine driving to work, but when you have to bend over to get a file out of your desk drawer, you feel like things are going to start spinning again. Not feeling quite like yourself, you decide to go home sick. But when you lay back down in bed, the room starts spinning again. Now what? Most people will call their doctor or go to the emergency room. All testing seems to be normal, but some individuals end up being admitted to the hospital for 2 or more days because the spinning sensation comes and goes, but no one can figure out what is the cause.

This description is similar to what people with BPPV (benign paroxsysmal positional vertigo) will describe. According to a study published in the Journal of Vestibular Research, Agrawal, et. al., reports that BPPV is the most common cause of vertigo in the adult population. It accounts for approximately one third of all dizziness cases. BPPV is caused by a displacement of microscopic calcium carbonate crystals (called otoconia) in the inner ear’s vestibular system. These otoconia are supposed to be in the inner ear, and help with normal function in the vestibule (which tells the brain about up/down and right/left movement of the head). Sometimes, however, they can get knocked or vibrated loose and wind up in the vestibular system’s semicircular canals. The semicircular canals are full of fluid and tell the brain about rotational movements of the head. But when these canals have otoconia in them, they will send a signal to the brain that the head is rotating even when it is sitting still. This is why you feel like the room is spinning.

A physical therapist or other healthcare professional trained in vestibular disorders will be able to perform a few simple tests with you to determine which of the six semicircular canals of your inner ears is the culprit. Once they figure out which ear and which canal is affected, they will perform a repositioning maneuver, such as the Epley maneuver, to help deposit those tiny otoconia back into the vestibule of the inner ear. This often only takes one treatment to fix, and you will be feeling back to normal soon afterwards.

Once successfully treated, some people will never experience BPPV again. Some people experience episodes of BPPV on a more chronic basis. There is no predicting factor at this time as to who will have a reoccurrence of positional vertigo. But the good news is that it can be easily treated!