What’s That Ringing In My Ears? 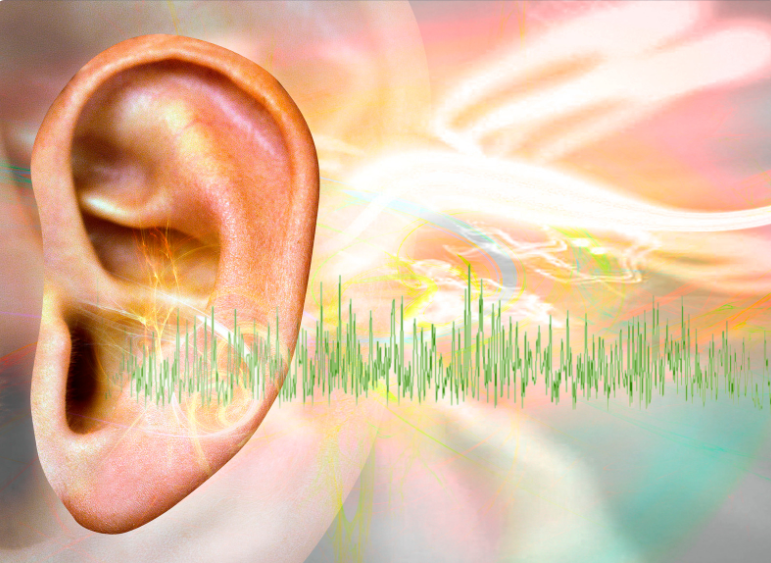 Tinnitus is a relatively common condition that produces noises perceived in the ears or the brain without a true, external source of sound.  Individuals with tinnitus most often describe it as a ringing in the ears, but it can also present as a whooshing, pulsating, buzzing or pounding noise.  For some, these symptoms come and go.  But for others, the tinnitus is permanent.  The abnormal tinnitus noises can also fluctuate in intensity, ranging from very soft to incredibly loud, so much so that it interferes with normal hearing.  Tinnitus is caused by dysfunction either in the auditory organs of the ear, along the nerve (vestibulocochlear nerve) that transmits signals to the brain, or in the sound processing centers of the brain itself.

So, what causes tinnitus?  There is not one specific cause of tinnitus, as it can be a condition on its own or a symptom of another disorder.  Most often, tinnitus is a result of hearing loss.  Many people experience temporary tinnitus symptoms after attending a loud event, such as a concert, in which you have difficulty hearing and ringing in the ears for minutes or hours after the event has ended.  People who work in loud conditions all of the time may begin to experience permanent noise-induced hearing loss with associated tinnitus.  Tinnitus associated with hearing loss is often common in the older adult population and can often be the first sign of a decline in hearing ability.

Other causes of ringing in the ears can range from the simple to the complex.  A buildup of earwax could be the culprit, as could a sinus infection.  When tinnitus does not go away, it could be linked to a more serious condition that requires medical evaluation.  Brain tumors, thyroid disorders and abnormal hormone regulation can all lead to this symptom.  There are also over 200 medications that list tinnitus as a potential side effect.  Some of these may be things you take frequently such as acetaminophen or ibuprofen.  At the Balance + Concussion Center, many of our clients complain of tinnitus along with their dizziness symptoms.  People that have Meniere’s Disease have tinnitus associated with severe episodes of vertigo and hearing loss.  The disease is chronic and often progressive, resulting in permanent changes in hearing and balance.   Ringing in the ears can also occur following an inner ear infection that causes vestibular neuritis or labrynthitis.  People with neck and TMJ problems can also have tinnitus as a symptom.  These disorders can involve the facial and trigeminal nerve that innervate portions of the middle and inner ear.  Discussing tinnitus with your physician for evaluation is always recommended.

Prolonged tinnitus symptoms can be debilitating in nature, as they interfere with hearing and can limit socialization activities.   Treating the root cause of tinnitus can help reduce or eliminate it at times, such as with medications to treat a sinus infection.  Physical therapy treatment can be beneficial at times at reducing or eliminating tinnitus when it is linked to the neck or temporomandibular dysfunction.  PTs who specialize in vestibular disorders can also help with Meniere’s Disease.  By working with your vestibular PT and physician, changes in diet, exercises and medications may reduce the frequency of Meniere’s episodes and help reduce your tinnitus.

When tinnitus is permanent, use of sound machines can be helpful particularly when trying to fall asleep as it decreases your attention to the ringing in your ears.  When attributed to hearing loss, use of hearing aides can help reduce the perception of tinnitus as well.  Mindfulness and relaxation techniques are also beneficial and can help teach you to focus on things other than your symptoms.  Newer treatments such as acoustic neural stimulation delivers different sounds embedded in music to help “rewire” how your brain perceives your tinnitus, which helps in desensitization of the ringing sounds.